Attending events has always been fun for us all, but there is much more to the 501st than just “trooping”. And while the 501st was initially founded to unite costumers with a penchant for Star Wars villainy, one of our real-world missions is to bring good to our communities through volunteer charity work. The 501st is always looking for opportunities to brighten the lives of the less fortunate and to bring awareness to positive causes on both a local and global scale.

Each year the 501st Legion members volunteer their time to attend a number of charity related events. The 501st has made appearances to thousands of notable events including: Hospitals, Fund Raisers, Toy Drives, Parades and even special appearances for those in need. The Legion also took a firm stand in the fight against cancer, supporting autism awareness and cyber bullying to just name a small few.

The past two years have been most notable for the amount raised by the 501st in an effort to help charities worldwide.

2011 – The overall total for 2011 is now an impressive $11.8 million US dollars—more than double the original estimate. Thank you to the partners around the world who are affording the Legion these opportunities to give back to the community, and thank you to the members who are selflessly volunteering their time to help others.

2012 – Legion members helped to collect over 198,000 Toys for needy and underprivileged families, raised $168,988 through our own fundraising efforts, attended events that helped to raise over $14 Million US Dollars for charity. Our members donated over 4,747,325 ‘man hours’ wearing our Imperial Costumes all in the name of fundraising and charity!“

In 2007 director Jay Thompson released a DVD documentary Heart Of An Empire about the global Star Wars fan group and Stormtrooper costume enthusiasts known as the “501st” and what we do. The film touched fans and members worldwide with what we’ve accomplished. This informative and heartwarming DVD projects what drives the 501st into giving back to their community. If you haven’t seen this or purchased the DVD yet, this is a must have! Go buy the DVD!! I had to take a hiatus from the 501st for personal reasons. Being I put 250% into the group, I had to focus on my family. A friend of mine bought the DVD for me and it really touched him (not truly knowing the impact my group had). Well, I finally watched it .and I had to make a come back. I was in tears. I can’t say much more then what this DVD can project. Pick up a copy and see for yourself. We’re not just a bunch of SW fans in costumes…we’re much much more then that…. See for yourself… I urge you…

Broke my heart. I still tear just thinking about it. I was one of a very small few who had Clone armor. We got a call from a father (Rick Stafford) who needed our help. His Son was not doing so well. Rick asked us to come and visit his Son….we were too late. I was devastated. Christian loved Clones and had never seen a real trooper. With as much work as I’ve done, I wanted to make this little boys dream come true. Again…we were too late. Rick’s story really affected me. I still to this day wish Christian could’ve seen us before tragedy struck. Rick held a memorial for his Son, and the FL Garrison was more than eager to help. The Tampa PD and FD both showed up as well, and we presented Christian with a certificate making him an honorary member of the 501st. After the memorial, we presented Rick with a full suit of Clone armor. He had to see what we see. He had to join us. Since that time, he has been a solid part of our Florida Garrison. As stated before…. The 501st has a much greater purpose. In memory of Christian, I wanted to make his dream come true and we photoshop’d him into a set of Clone armor. As a father myself, I could never imagine what this would be like. To hear his story and to see my interview, watch Heart Of An Empire. Our prayers will always be with the Stafford family. 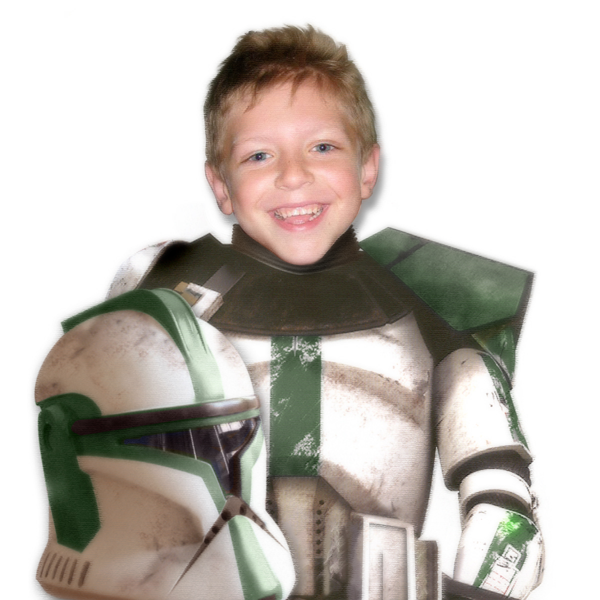 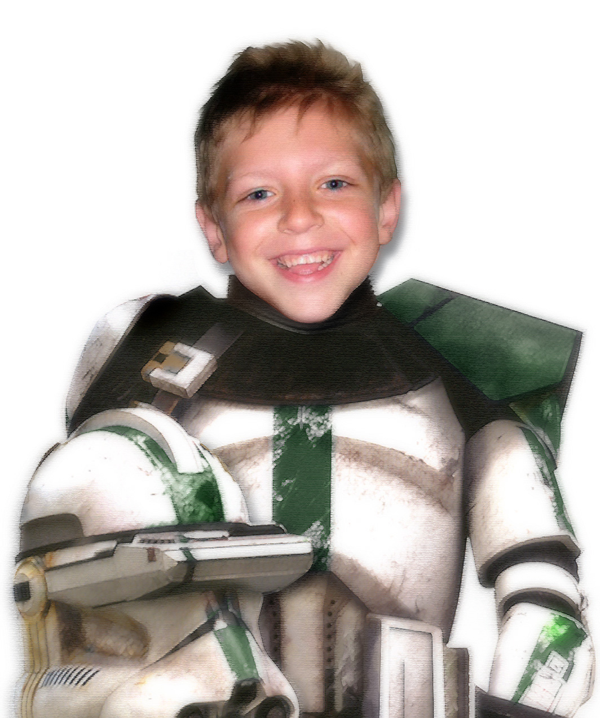