The coolest pilots in the galaxy! I built this a few years back, and still wear it to this day. This is actually a pretty simple build, but very comfortable to wear. With what I did with the chest box and the bucket, it’s also very cool to wear especially in hot weather.

Start with the iconic helmet. Being 5’7″, most buckets out there made me look like a “bobble-head”. So I decided to use a Rubies Vinyl TIE Helmet. The vinyl helmet is VERY flimsy, so with help from a good friend TrooperRat the inside was reinforced with fiberglass. Then painted with black auto paint to a show room shine. All the aluminum greeblies on the helmet and chest box were all made by ElvisTrooper. Like with all my buckets, I keep everything self-contained. A single 9v battery hidden in padding powers the RadioShack® Mini Audio Amplifier (p/n: 277-1008). A Radio Shack Hands-Free Tie-Clip Omnidirectional Electret Mic (p/n: 33-3013) is embedded near the “snout”. Two Radio Shack 8-Ohm Mini Speakers (p/n: 273-092) are embedded near the “frown” to project the sound from the front of the bucket. A Venom 7.2v 1200mAh 6-Cell NiMH Battery (p/n: VEN-1511) (hidden on the top of the bucket) powers the Delta AFB0505HB 50x50x15mm 14.13CFM fan that’s mounted in the “mohawk” to blow air down on top of your face. The front “tusks” where the hoses are inserted, channel air into the helmet as well. The left hose brings air in front of your face. The right hose channels to the back of the mohawk to bring air to the back of the head and also help the 50mm pull air to the front. The padding is all CoolMax (same used in hockey equipment) and covered with a silk-like breathable material. The chest armor is MG. 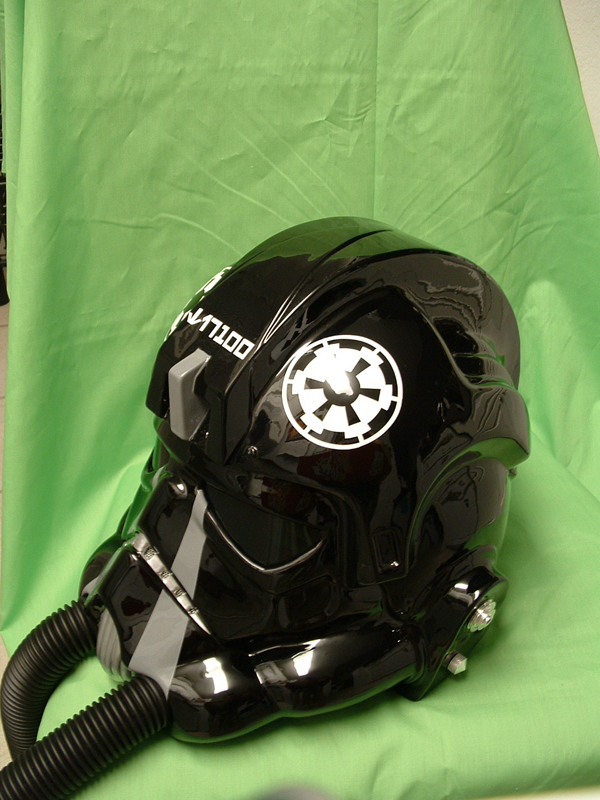 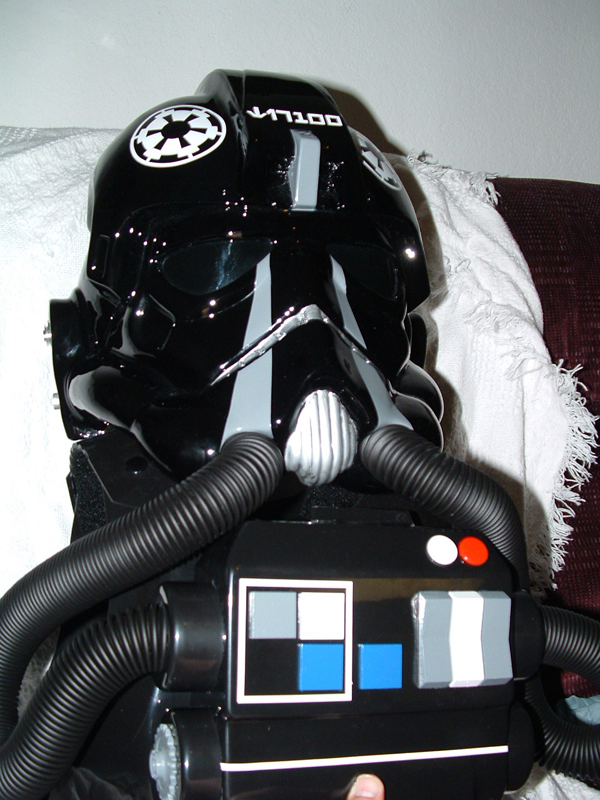 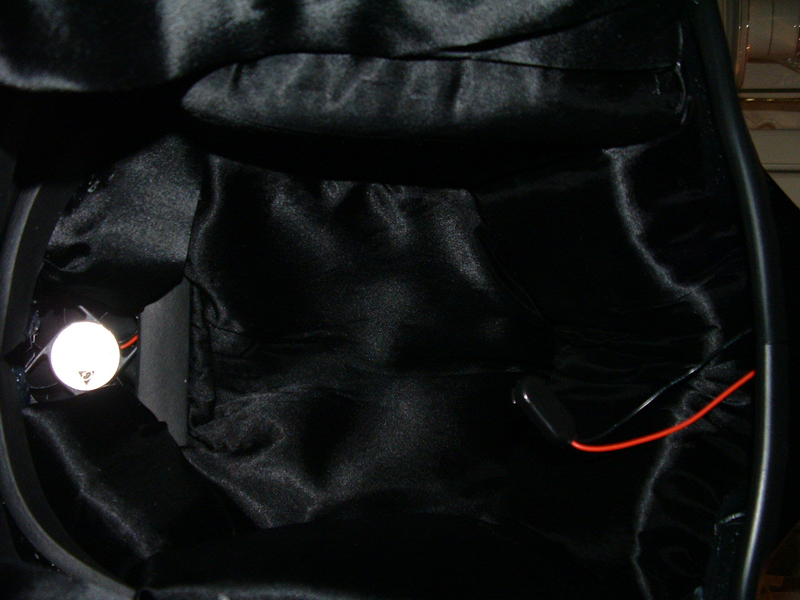 The Chest Box is all ABS and built by Jawaman. I originally had the ANH version but I just switched to the ROTJ version. I just love the grey 3rd hose. The inside of the box is loaded with an 80mm Vantec Tornado Case Fan (119CFM). I built a chamber inside the box so the air is blown directly into the hoses. It almost functions as a portable air conditioner. I have ideas to make the 3rd hose useable. Maybe cool down the jumpsuit a bit?? 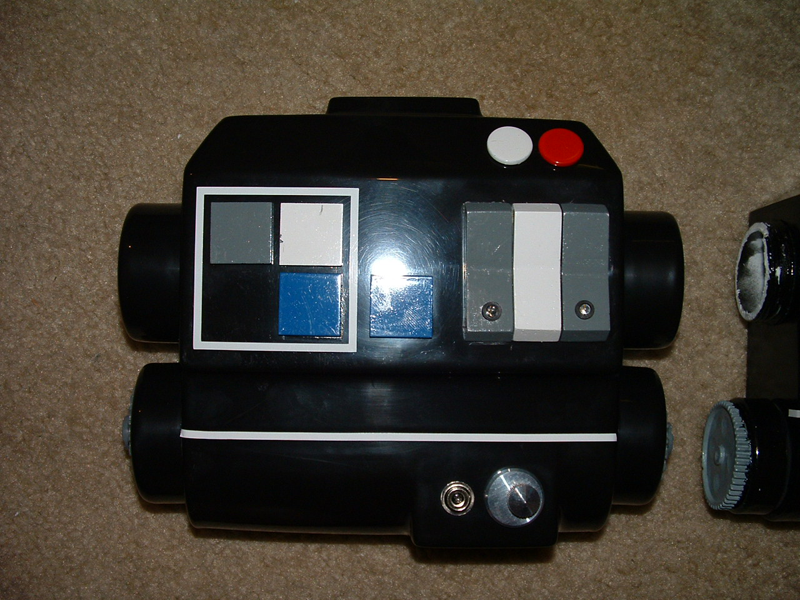 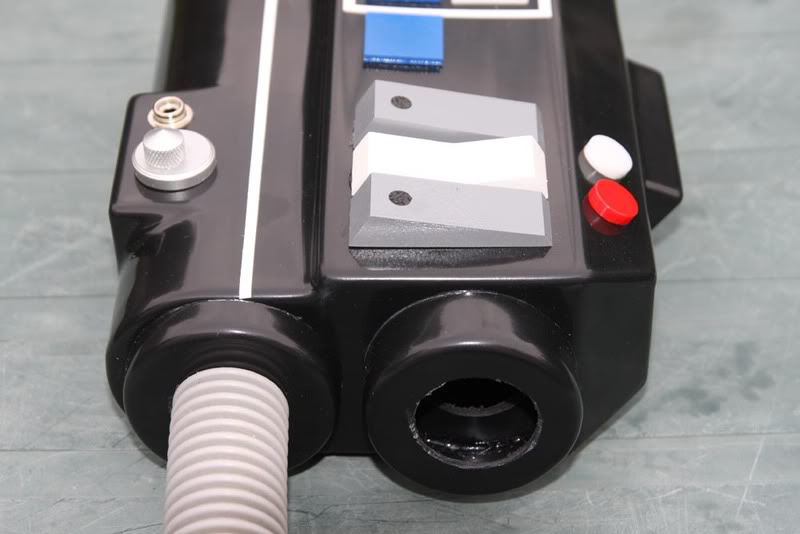 The Commpad is made by Hoffa. I embedded a few LEDs in the back of the pad and it’s all powered by a CR2032 battery. It’s VERY bright. Check out the video.

The soft parts – The jumpsuit is a standard military flight suit. The boots, I was lucky to find. Real WII German officer boots. I had them resoled, cleaned and dyed. My belt was made by NyghtCraft and the buckle I made from stainless steel and the center greeblie is from ElvisTrooper. Being the TIE Pilot is considered an officer, I equipped him with a sling style holster from NyghtCraft and a DL-44 blaster. The blaster is an Airsoft Mauser that I gutted and installed a Hasbro Boba Fett sound board and a 4500mcd LED. The flash suppressor, greeblies and mount came from Blast-Tech. It looks great and very accurate and also functional. 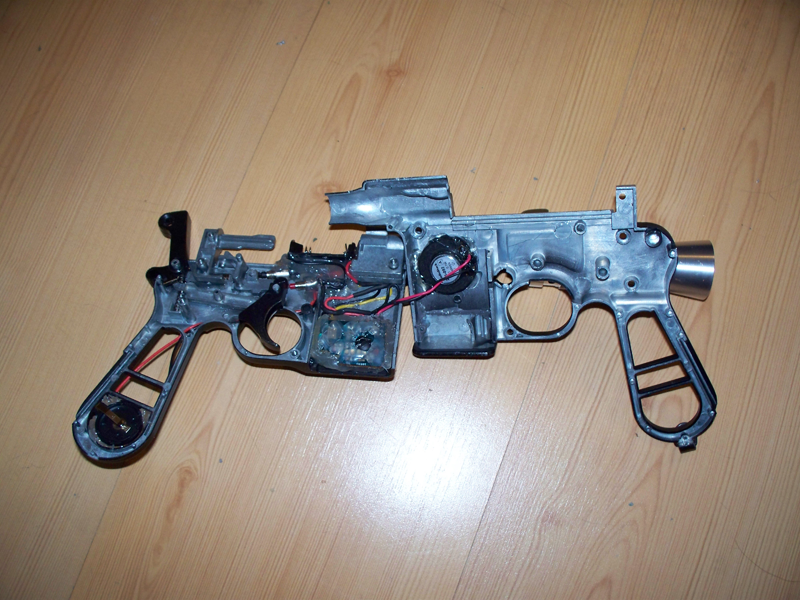 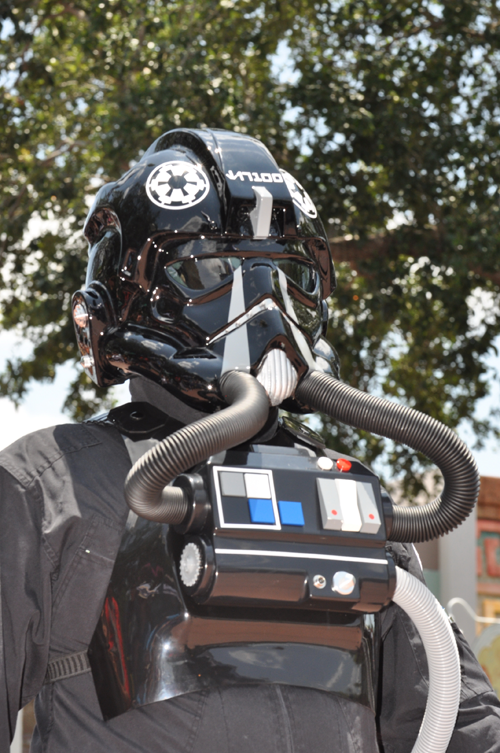