Besides the Stromtrooper, the Biker Scout is one of the most iconic troopers in the Star Wars Universe. A Costume I’ve always wanted to make. Although it’s comfortable to wear and easy to move in, it’s a very hot costume. 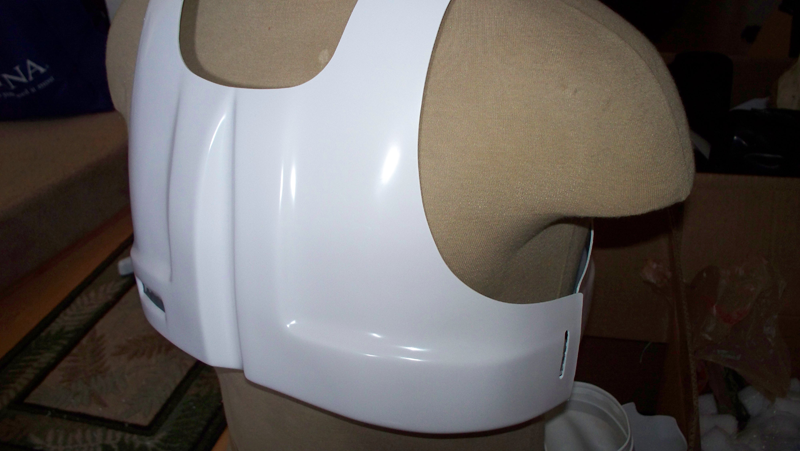 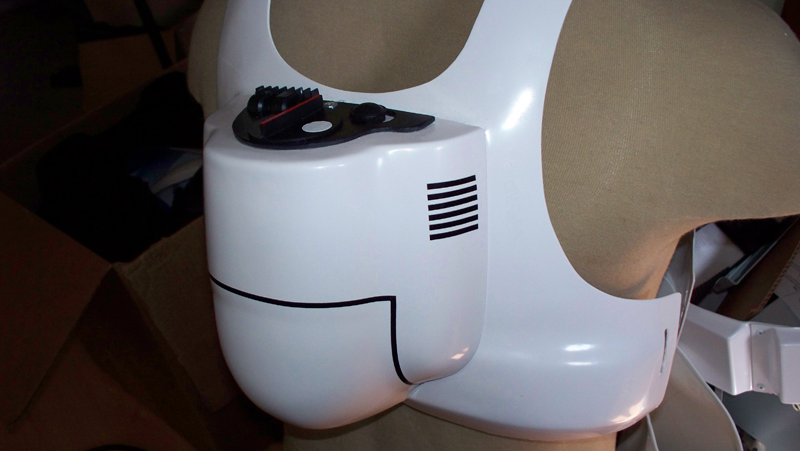 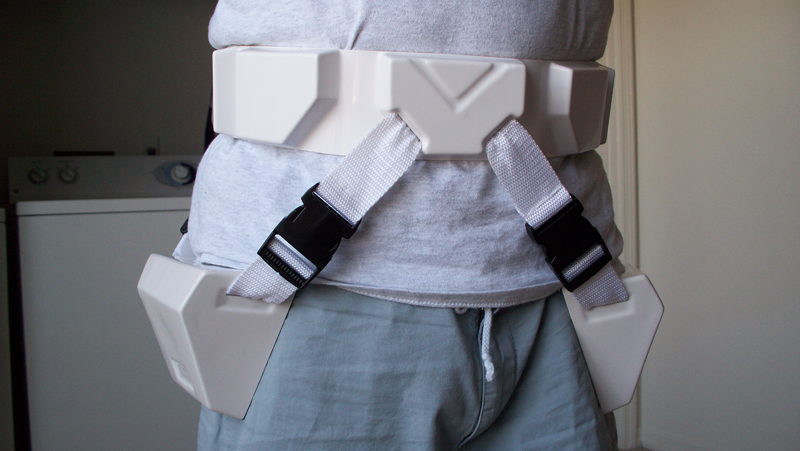 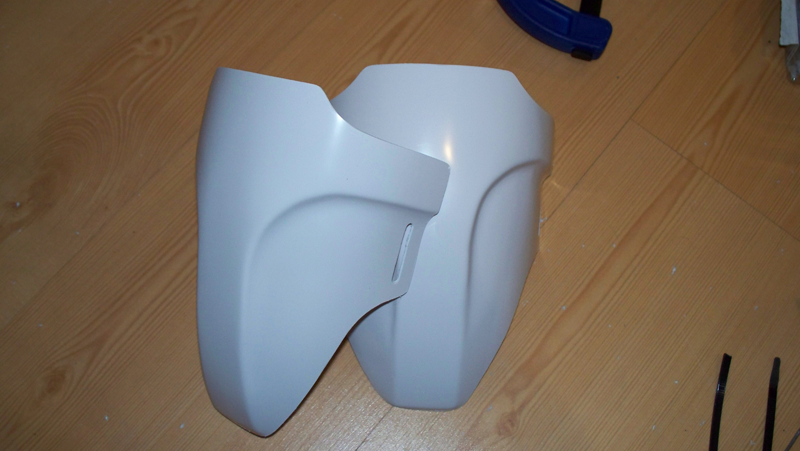 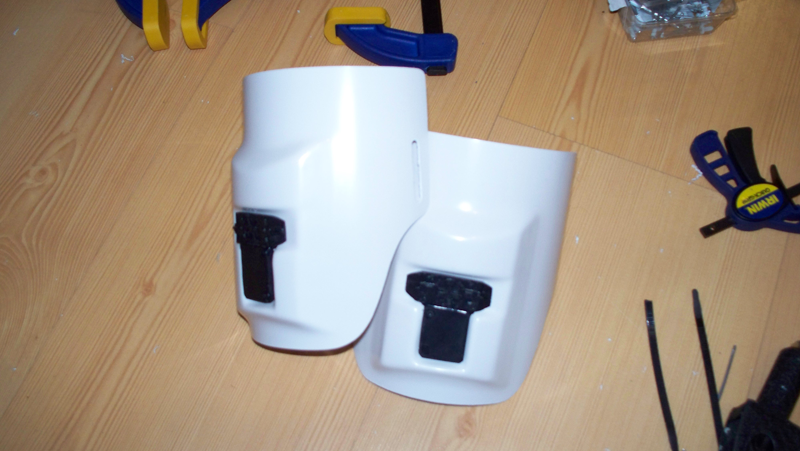 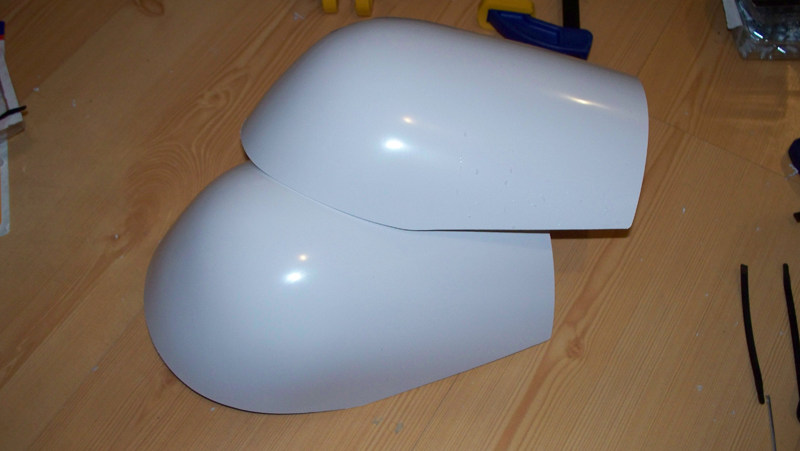 The Boots I made myself. I used normal work boots and heavy marine vinyl. 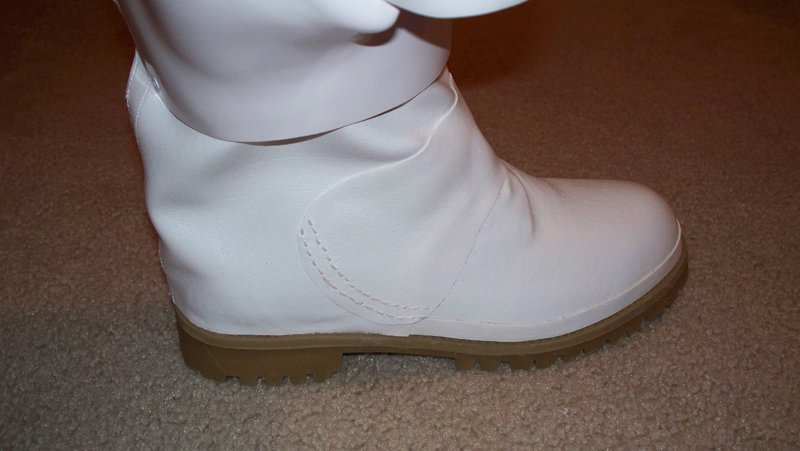 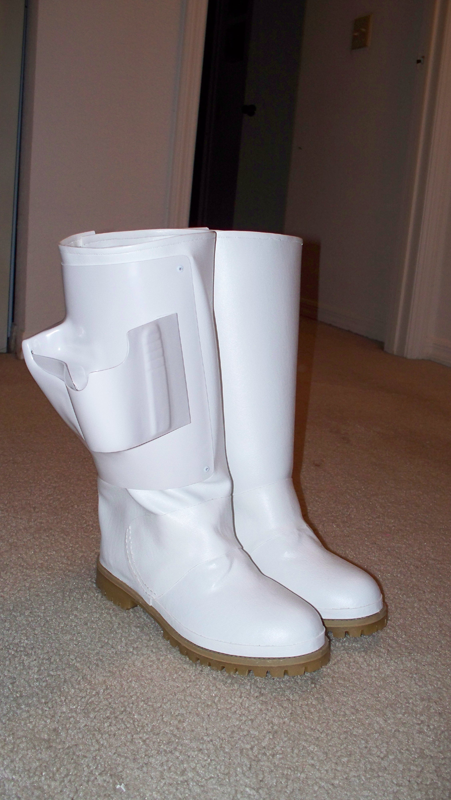 To make them more accurate, I cut grooves into the soles. Here’s a pic of the screen used scout. 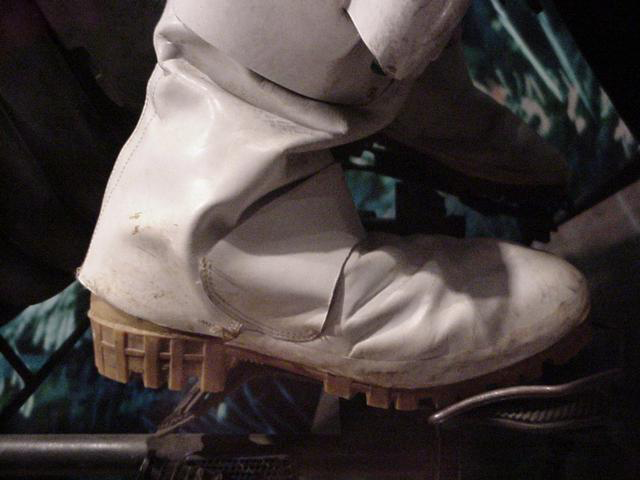 And my Boots. Pretty close. 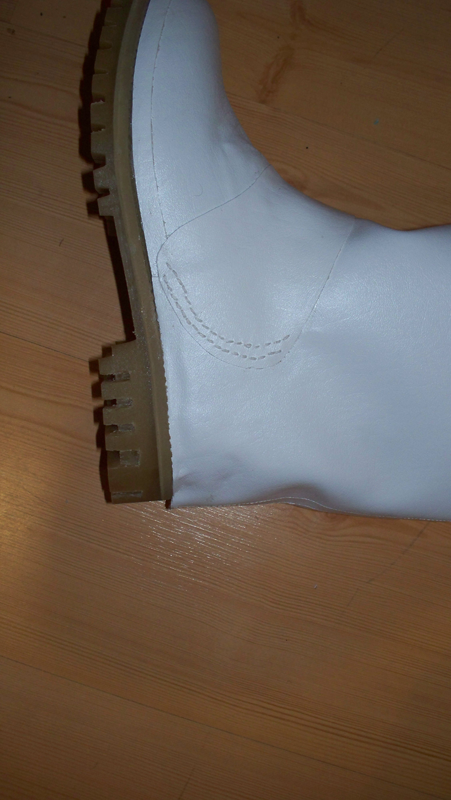 The Bucket is a MLC fiberglass. BEST SCOUT BUCKET OUT THERE!! It’s so accurate, well built and super strong! 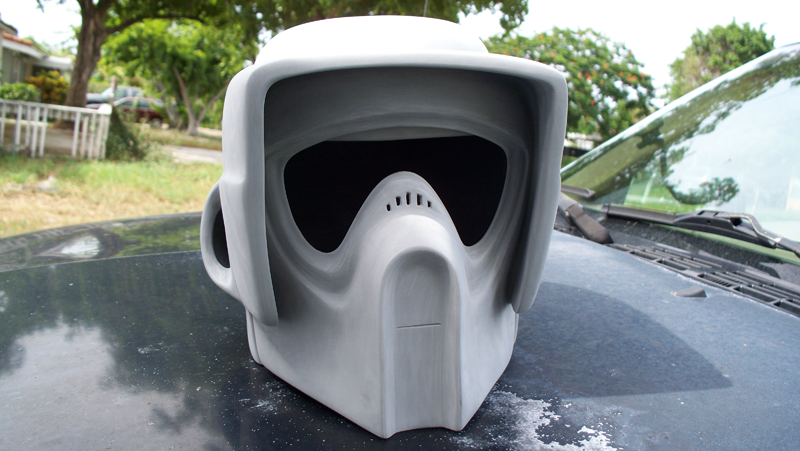 I had a local auto body shop paint it white with single-stage. The finish turned out great! 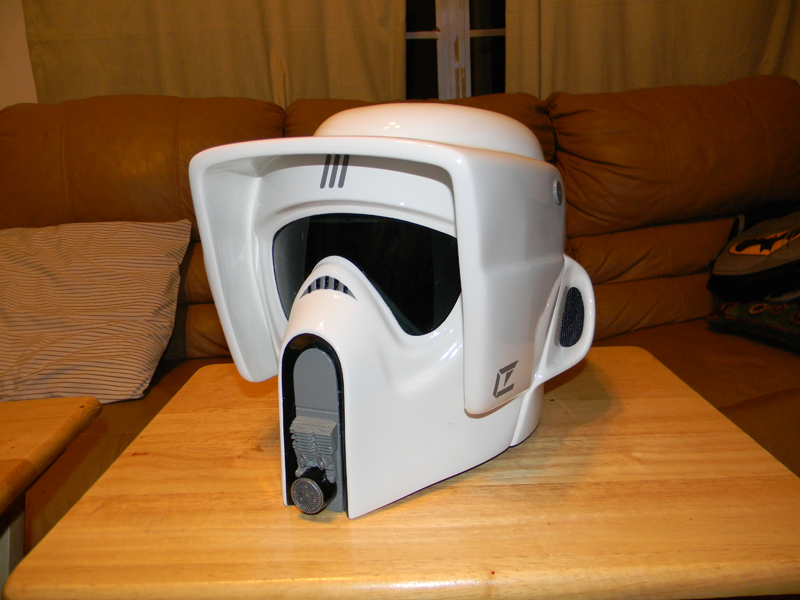 I padded the eyes for comfort and wrapped the interior with black vinyl to cover the electronics and made it easy to clean. Once again, all my buckets have the same setup. Everything is self-contained in the bucket. A single 9V battery powers a 40mm Sanyo-Denki 5v fan that pulls air in from the small snout on the nose. Works very well! A single 9v battery hidden in covering powers the RadioShack® Mini Audio Amplifier (p/n: 277-1008). A Radio Shack Hands-Free Tie-Clip Omnidirectional Electret Mic (p/n: 33-3013) is embedded near the “snout”. One Radio Shack 8-Ohm Mini Speaker (p/n: 273-092) is embedded behind the mic tip in the snout to project the sound from the front of the bucket. A Venom 7.2v 1200mAh 6-Cell NiMH Battery (p/n: VEN-1511) (hidden on the top of the bucket) powers two 40x40x20mm 5v 19.7cfm cage fans which pulls air in from the side vents and blows directly across the face. 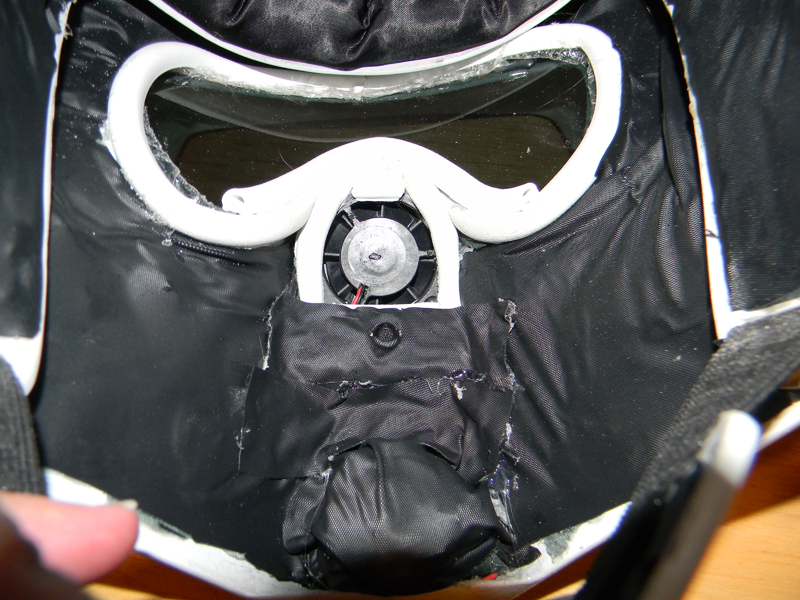 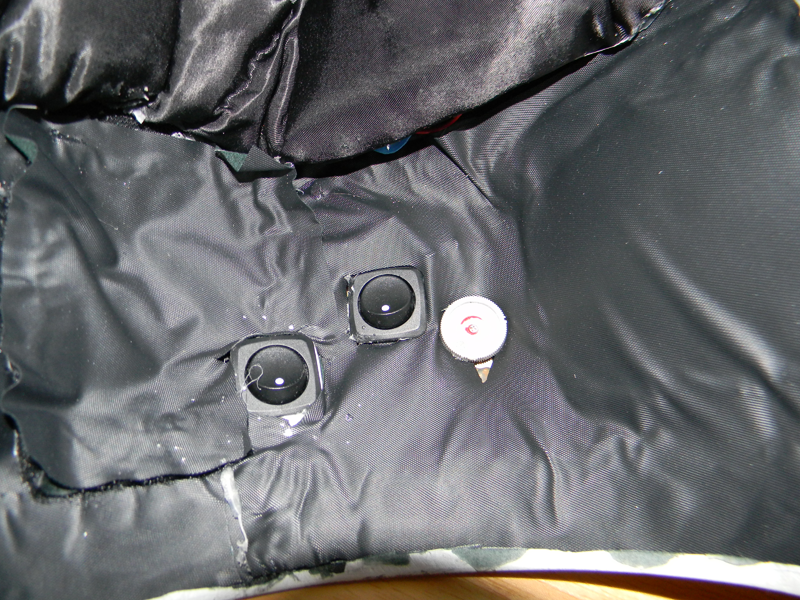 Now for the blaster. The blaster is from Polymer Armory. It’s very lightweight and accurate as well. I replaced the circle button on the hand grip with a rare Earth magnet. I also have a magnet in the boot holster as well to keep the blaster stationary. I customized the scope as well. 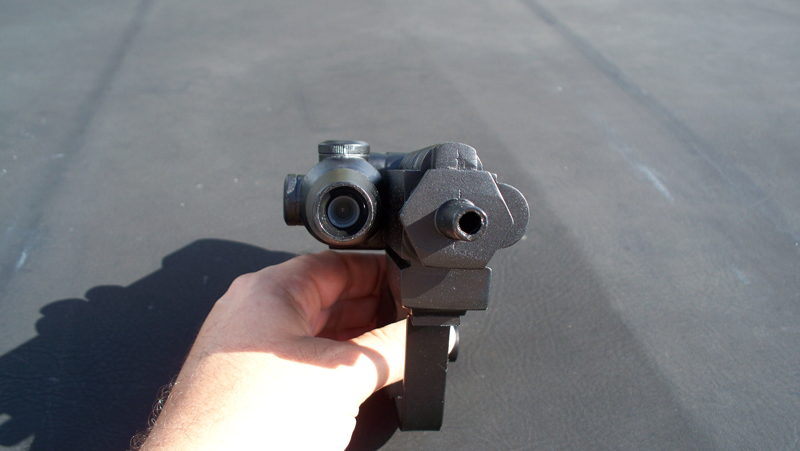 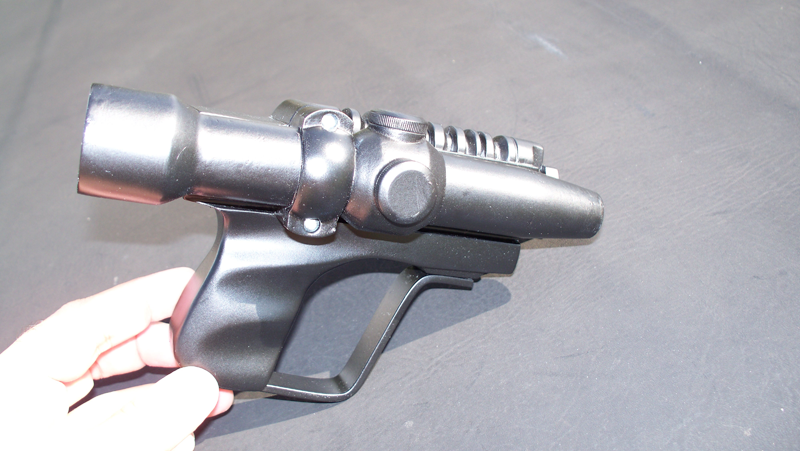 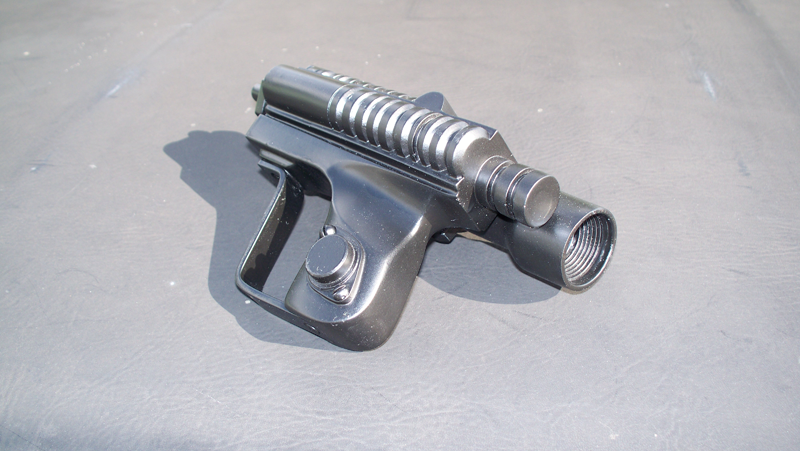 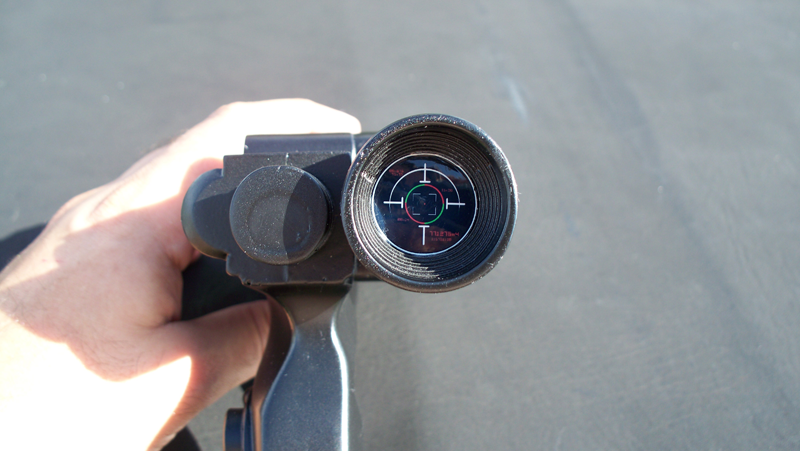 The jumpsuit is a standard military flight suit. The cummerbund, vest, front pouches and sewn all the saddle parts and elastic into the jumpsuit.  The gloves were a miracle. I actually got a hold of real movie accurate scout gloves. Now it’s complete! 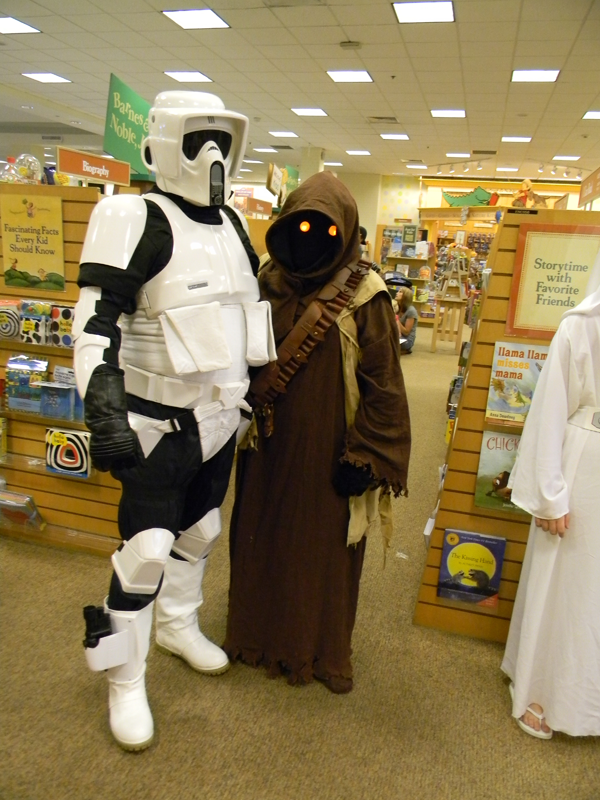 Now get out there and teach those Ewoks a lesson!! 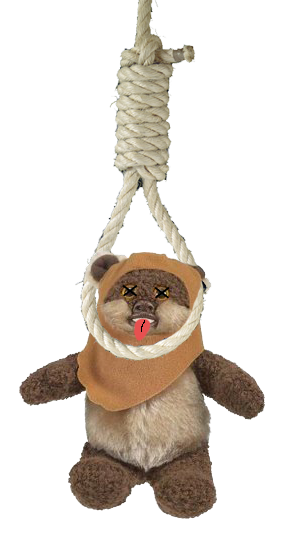